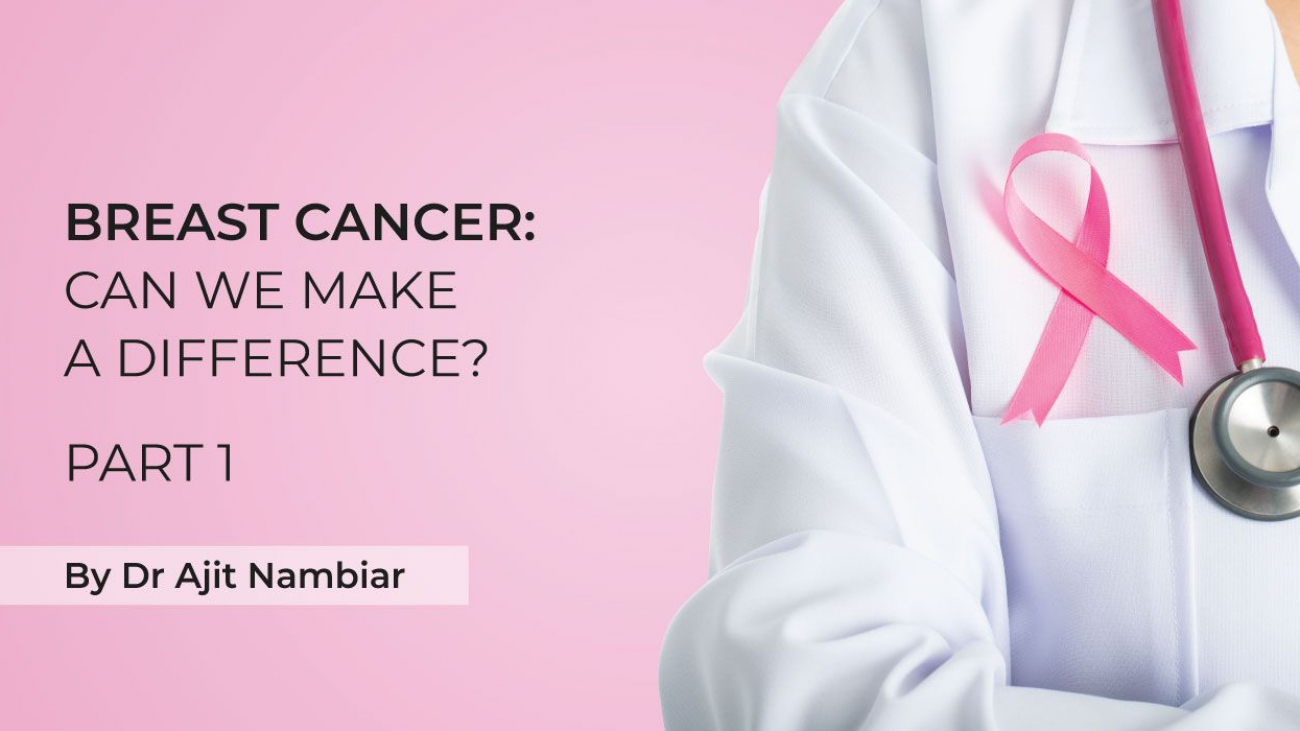 Breast cancer: Can we make a difference?

PART 1: My journey of life through this disease

My specific journey into study of diseases dates back to well over 25 years since I did my post graduation in Pathology. Considered a backbencher subject, it is serendipity that I took this subject leaving aside surgical branches in medicine.

‘Pathos’ is a Greek word that means suffering and suffering is the absence of health and that is equivalent to disease. And adding ‘logy’ is what I did – the study of diseases.

During those early days in Mumbai as part of taking a thesis topic for your MD degree you would literally wonder what’s that blessed one… and especially the male Professors used to leave it to us to decide. It was pure coincidence that I decided to look at breast diagnosis tool “FNAC” fine needle aspiration cytology and its utility in grading breast cancers. This is still a time tested procedure in pathology where a fine needle (gauge of needle is internal diameter of needle, higher the gauge size thinner the needle) enters any lump either under direct supervision for palpable lumps or if lumps in body are deep then through guidance of the ultrasound or CT scan; followed by multiple passes one makes within the mass and then aspirates. This aspirate is put on a slide, smeared, and stained. And then look down through that weapon in hand “The MICROSCOPE” to look at the malignant cell. But as science picks momentum certain processes in certain areas sort of become obsolete. This procedure is still alive but in breast diagnosis has lost its relevance so to say.

My love for my thesis was perhaps very intense that as I neared my submission in 1997, one night words took to a flowing poem that I had the audacity to publish in my thesis presentation. It was a tribute to the needle and fight of the pathologist — still vivid in memory.

Spare me for some poetic licence on use of words….

For these lesions (diseases in breast) give you a fright

And this Pricky (FNAC) is to decide your plight.

For it is indeed bright

For I can’t bear that sight

And these pathologists can have no respite

Help them in their Fight”

This sums up the job of the pathologist, which is to diagnose. All diseases or swellings in the breast do not mean cancer. These may be benign tumors and the commonest is called a fibroadenoma or at times inflammatory swellings that we called “Mastitis” and not to forget trauma causes “Fat necrosis” and swelling ( Necrosis is death and when you injure even with trivial trauma you could create a reaction and that is fat necrosis). But the dictum in breast now is that all swellings are considered malignant until otherwise proved. More so relevant as over the years we have seen an increase in the cases of breast cancer.

Younger females have started presenting with the dreaded disease. To give you a timeline, if I saw 70 cases over 2 years during my MD days, in the mid 90s, it has now skyrocketed in a referral center with it’s referral bias to 70 cases a month that I see. But honestly this is the most common cancer today in the world and also in India in the female, overtaken the cancer Karkinos Healthcare is set out to eradicate and that is cervical cancer.

But the two diseases are indeed different from a screening perspective. In cervical cancer, and our quest to do HPV, we have the agent causing the cancer and therefore catching the disease upstream makes a hell of difference in downstream pathways to segregate the affected from non affected and also put into use our clinical pathways. In breast cancer we don’t know the culprit in the majority of cases, except having known of the dreadful gene BRCA from the Angelina Jolie fame.. Therein lies part of our challenges in the screening to have the most robust tool to upfront do an early diagnosis.

One of the most mutilating surgeries so to speak is the ‘Mastectomy’. On receiving a positive call from the cytologist on a FNAC , the patient goes under the knife for the removal of the breast “Mastectomy”. In the 80s and 90s this was and still is in the treatment meted out to the lady.

Cancer, people say, is the surgeon’s domain and so it remained mainstay for historical times till chemotherapy and radiotherapy changed the whole perception in the way breast is treated. Suffice to say till the 1970s all over the world one man by the name William Halsted ruled the way breast cancer was approached. Halstead, a surgeon and Chairman of surgery at the John Hopkins in late 19th century and early 20th century believed what every surgeon used to believe (still believes!!) that cancer is a local disease and needed radical local measures to treat them. Slowly it became evident that cancer is a systemic disease where approaches need to be more broad….

Friends, this is breast cancer awareness month and presented here is Part 1 of the 3-part series of articles I decided to write for the benefit of Team Karkinos, nonmedical colleagues, and friends. Education, they say, starts at home as we expand our horizons to go to the world. Part 2 deals with the changing spectrum in breast cancer and Part 3 – overcoming the challenges in breast cancer diagnosis. 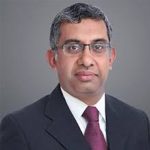 Dr. Ajit has expertise in the fields of onco-pathology, histopathology, cytopathology, and Molecular pathology with Breast and Lung as lead areas.

Dr. Ajit has authored 40 articles that are published in National and International Journals and is a scientific reviewer for 5 journals.

Dr. Ajit is the Trainer of trainers for Roche Merck PDL1 Assays and is also on the Medical Advisory Board of Pathology for Roche and Merck.